The caravan was out to good use again this weekend with a trip to Pembrokeshire, West Wales. Friday was a bit of a washout out as we ambled around Pembroke Town in the pouring rain, and so retired to the van to open a bottle of wine. No surprise there some of you might think.

Saturday dawned to a clear crisp morning. A real contrast to the day before, and so we decided to visit Caldey Island to continue the theme for this year. First though we had a quick wander around Tenby.

This a small walled town right on the coast with the remains of a small castle. But the castle is not the main attraction though. The main charm are the narrow streets, the harbour and two fantastic sandy beaches. But enough about Tenby, what about the island you cry! 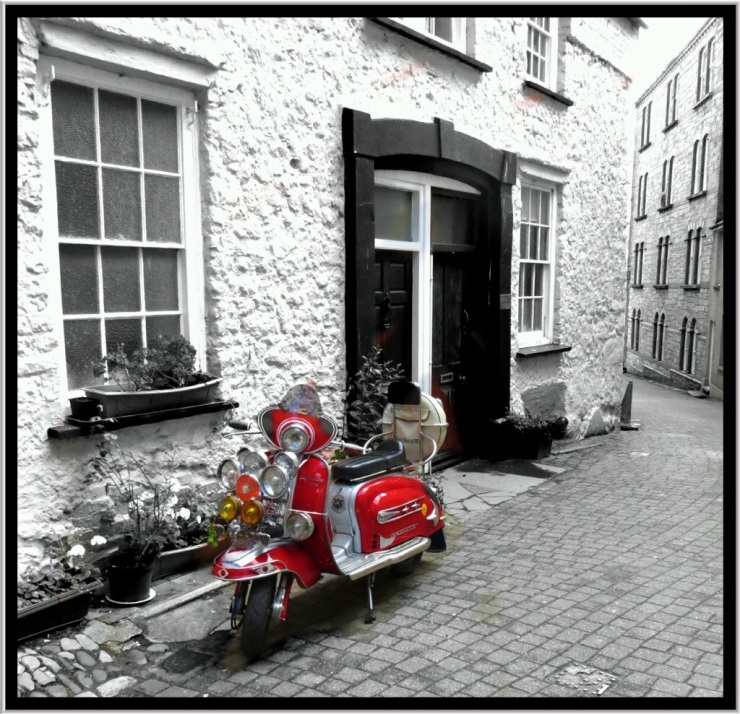 Caldey Island is about 20 minutes from the small harbour at Tenby. At its closest point it is only about 1km off the Coast, but the route from Tenby Harbour means distance of 2.5km. So we bought our tickets and clambered down the steep steps into the small boat that was to ferry us across. The boats are all owned and skippered by locals, many of which are also members of the life boat volunteer crews. The trip is a popular tourist run, but the boats also provide access to and from the island for the monks and residents living there. 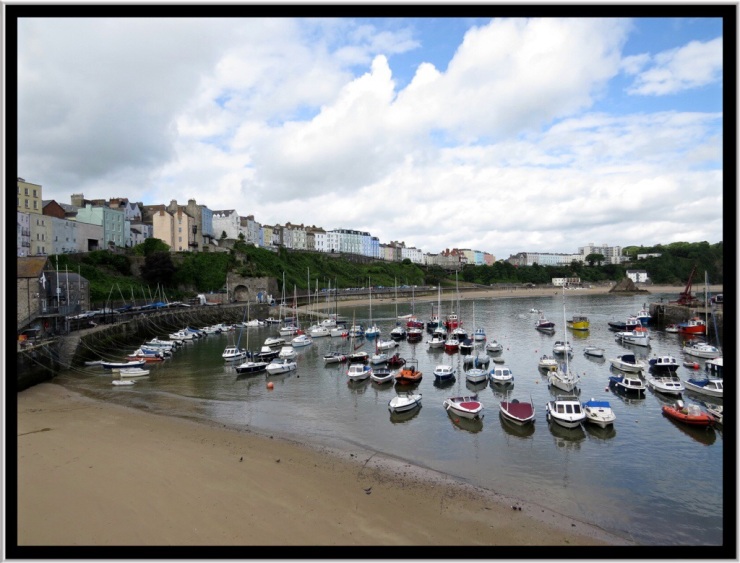 Luckily the sea was calm otherwise Aunty would not have been too pleased. To describe Aunty as a hardened sailor would not be a realistic statement to make. The route took us past the old Life Boat Station, which was the subject of a TV programme Grand Designs as it was transformed into a house. The new life boat station was needed to house the new larger life boat.

Immediately off North Beach is St Catherine’s Island, which houses a Palmerston Fort, originally built to protect the area from possible invasion during the Napoleonic Wars. This small island has now been added to the list for a future visit.

As we sailed further out towards Caldey the sun came out and highlighted Tenby against the dark cloud line. It was almost as if someone had hit a switch and the stage lights had come on. 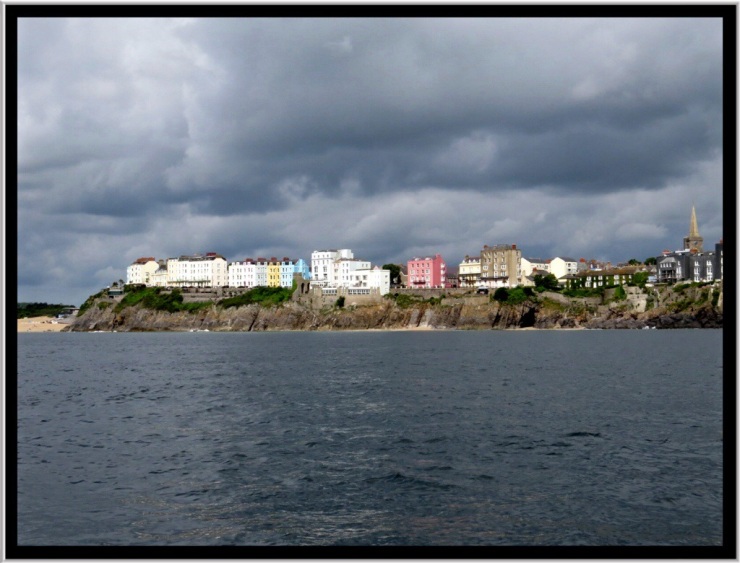 Caldey Island is about 2.4km long and 1.4km at its widest. There are a number of caves down at sea level and excavations have found a long history of habitation going back to the Paleolithic Age. 5 bodies were excavated from one of the caves at Ogif yr Ychen, and the remains have been dated to around 7590BC. There’s a great little exhibition in the post office displaying many of the archeological finds from the island.

The island’s population consists of 40 permanent residents and a varying number of Cistercian monks, whose predecessors moved there from Belgium in the early 20th century, taking over from Anglican Benedictines who had bought the island in 1906 and built the current monastery and abbey but later got into financial difficulties. As you walk into the small village area the view of he the monastery is a surprise, being very different from the usual UK architectural style. It is more reminiscent of a Mediterranean monastery as it over looks the small village green below. 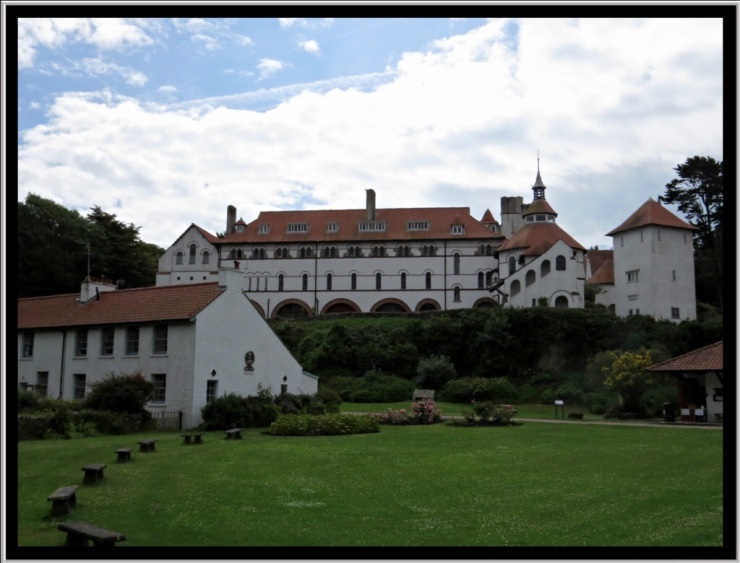 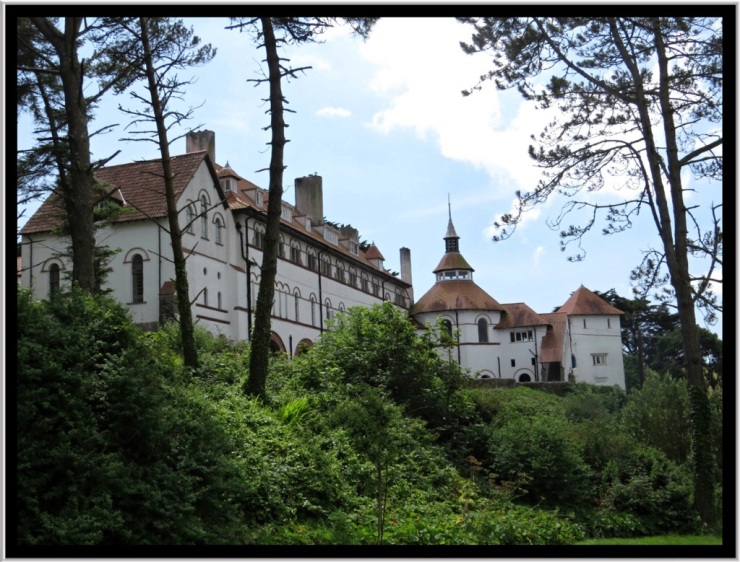 It is almost like walking through a time warp. The village has a number of small cottages where it is possible to stay on retreat. There have been times when they’ve had to be used to shelter tourists when the weather has turned making it impossible to return to the mainland. 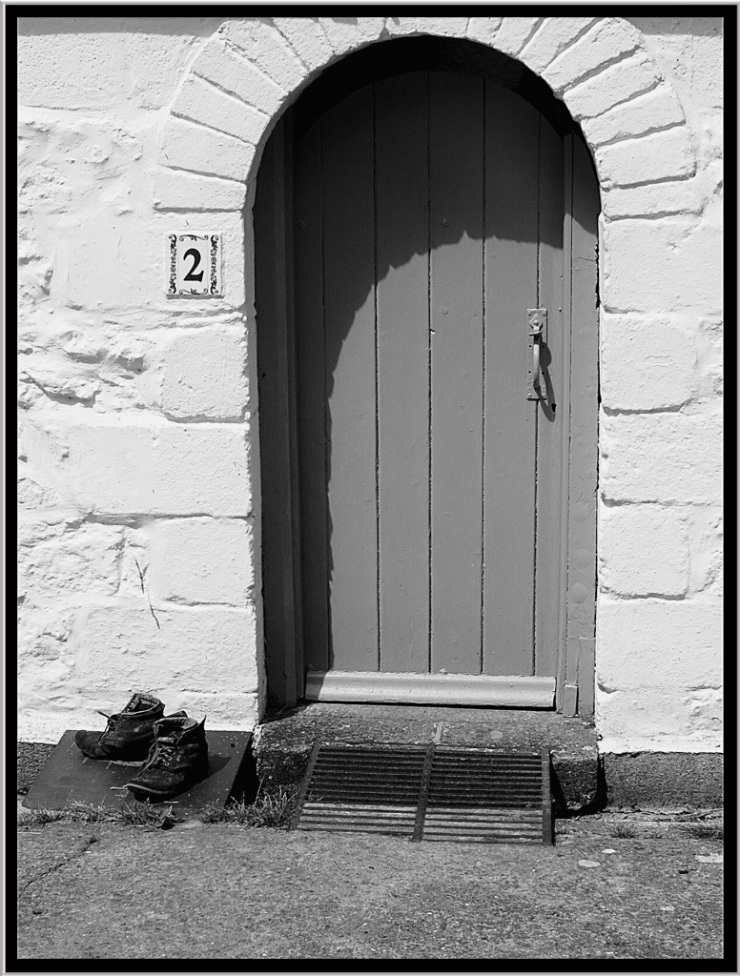 The post office was originally opened in 1912, at around the same time as the monastery. It is still functioning as a post office, and it’s possible to have your letters and post cards stamped from Caldey.

Although the present monastery is modern, the island has been a centre of religious life since the 6th century, when Celtic monks first settled on the island. However, this came to an end when the Vikings started raiding the Coast line in the C10th. After the Norman conquest of the area in the 12th century, Benedictine monks set up a daughter house on the island. The original monastery and church are still standing. The Priors Tower is more reminiscent of a small castle, and may reflect the age when warfare was still relatively common between the Welsh and English. This was in fact a small fortified tower built by the Normans, before being incorporated into the monastery by the monks.

The main building have been left abandoned and unused since the Dissolution of the monasteries by Henry VIII, but are still standing and are very well preserved. It is clear to see the dove cote built into the walls, which in places are over 3 feet thick.

The original monastery chapel now houses St Illtyd’s Church, when the nave and spire were added around the 14th century. 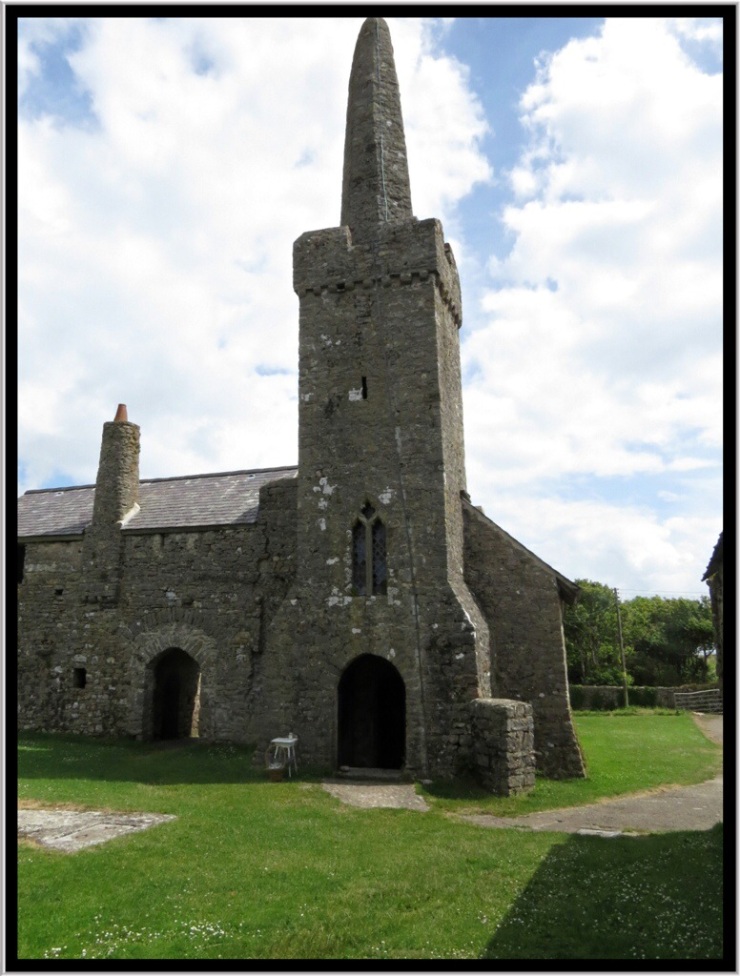 It has been suggested that this delightful little church is built on the site of the original 6th century Celtic Monastery. Some evidence for this is the Caldey Stone, which was excavated in the grounds. The stone is inscribed in Latin and Ogham script, an ancient Celtic script originating in Ireland. There is some controversy over the translation. One of which provides the translation as

“and I have provided it with a cross: I ask all who walk in this place to pray for the soul of Cadwgan”

Another translation reads “with the sign of the cross, I, Illtyd, have fashioned (this monument)”.. This later interpretation would date the Latin text to the time of St. Illtyd, who died around 535AD.

Between the old and new monasteries there are many medieval ponds still in existence, which now provide fantastic areas for wildlife. In fact I had a great time on the Island. Aunty was very patient with me throughout the day ,

On the Southern edge of the island stands the Lighthouse. Built in 1829, it is still operated and owned by Trinity House. This is the only part of he the island that is not owned by the monastery. It works with the Lundy lighthouse to guide shipping in the Bristol Chanel. Originally powered by oil lamps and manned by full time light keepers, it is now automatic. With the use of lenses its small 50 watt bulb has an amazing range of 14 miles. 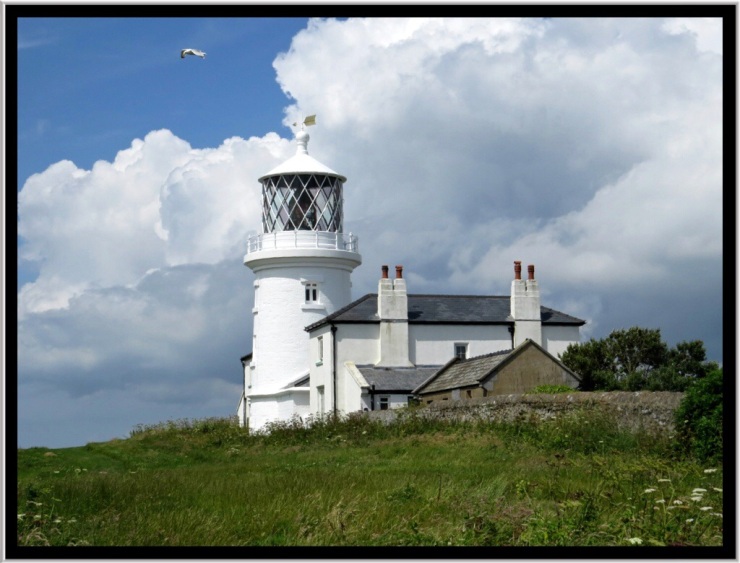 Whilst the north side of the island is limestone, with some great formations. I love the way that erosion has given these cliffs windows.

After a full day wandering around the island it was time to go home and open another bottle of wine to celebrate a “great day out” as Wallace and Gromit might say. 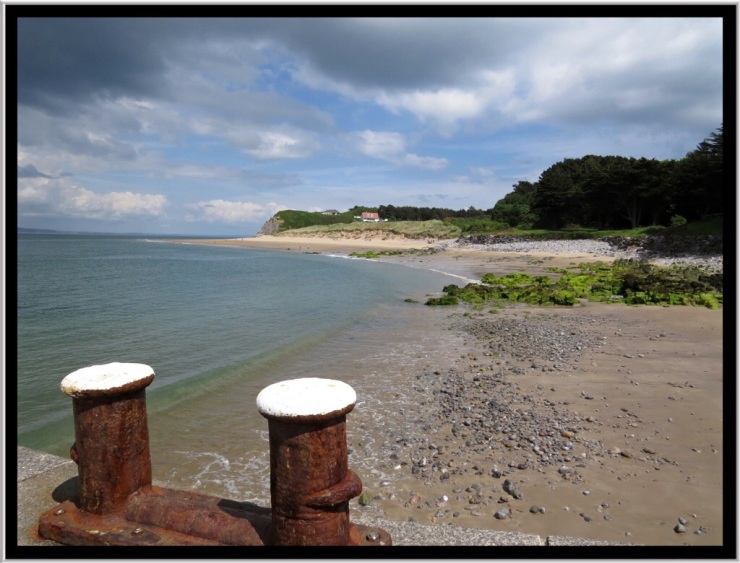 But there was one more surprise waiting for us. The boat did not go back to the harbour, but put us down on North Beach. As a we walked up to the town we realised why. With the tide out, the harbour had become a beach.