A short walk from Broad Haven and Bosherston Lillie Ponds is St Govan’s Chapel. Set in a fissure in the cliff leading down to a rocky cove the chapel seems to grow out of the cliffs.

St Govan was born of the Hy Cinnselach clan who lived in County Wexford in Ireland. His proper name was Gobhan or Gobban, which means a smith; of Gobanniuere, the old name for Abergavenny, meaning a smithy. Possibly St Govan’s father was a worker in wood or metal. 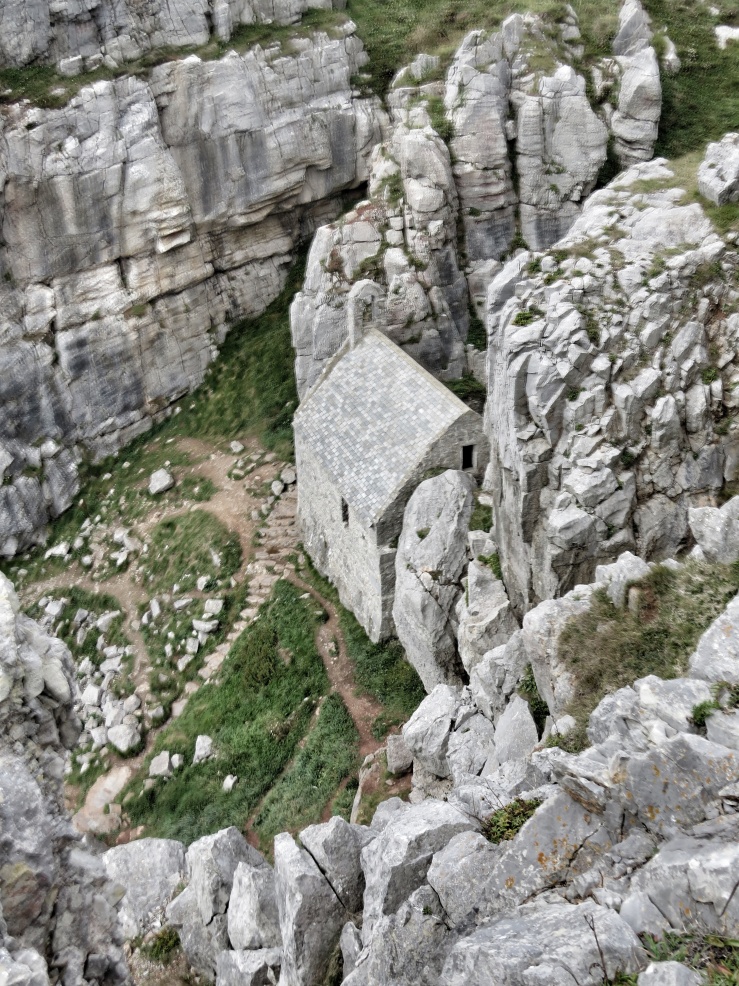 As a boy St Govan was attracted by the preaching and teaching of St Ailbe, a native of Solva, Pembrokeshire, who founded the monastery of Dairinis, in Wexford, and Govan joined the monastery there. It is said that he worked as a cook for the community of the followers of St Ailbe. Travel along the Western seaboard between Wales and Ireland was common, and followed regular trade routes that had existed for thousands of years. 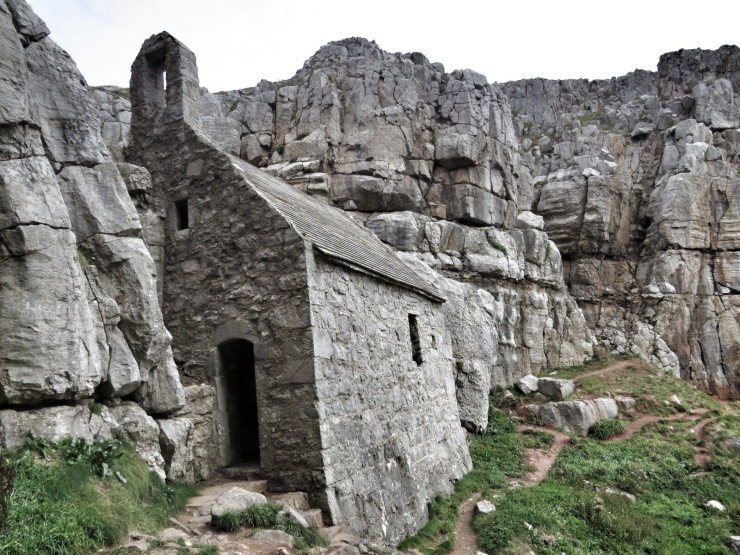 St Ailbe desired to have a correct form of the Mass, and sent Lugich, Cailcean and Govan to Rome. Also, we are told that for a short time, probably after St Ailbe’s death in 527, Govan was a disciple of St Senan at the monastery of Inniscathy. Then Govan returned to the monastery of Dairinis, where he was elected Abbot. 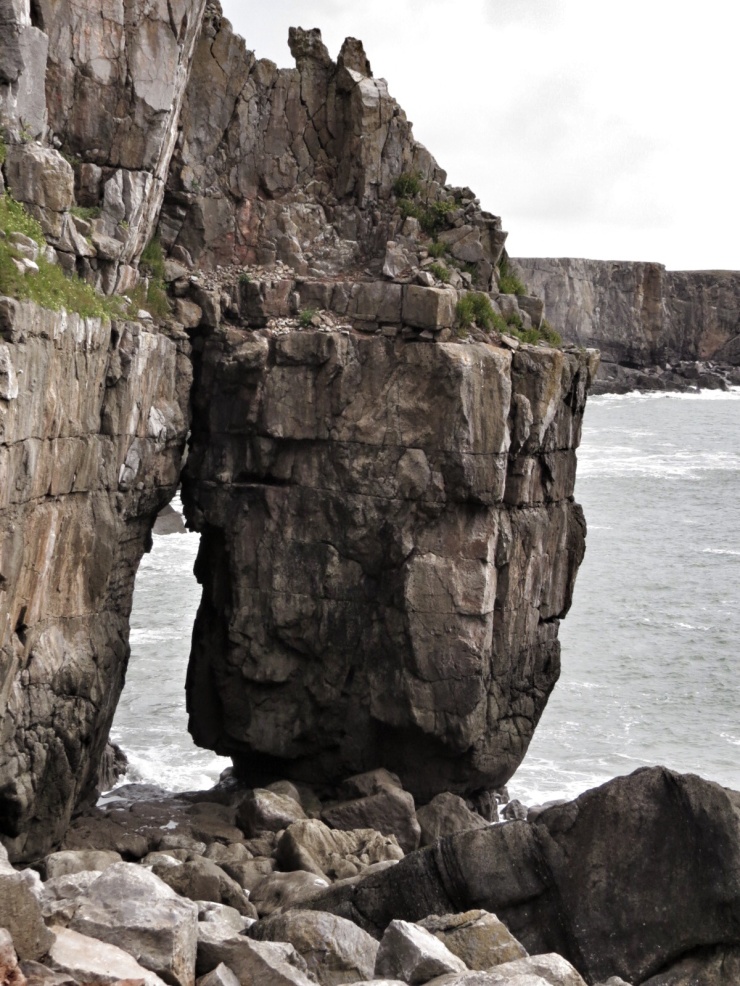 Why did he come to Pembrokeshire? He may have come to visit a Welsh Abbot, but we’ll never know. St Govan was already an elderly man when he came to Pembrokeshire, and tradition says that pirates from Lundy Island tried to capture him. Then as he was escaping the cleft opened up in the rocks giving him a place to hide, then it closed. The pirates couldn’t find him and moved on. Filled with a sense of shame for his cowardice, and not believing in the safety of his faith in God provided him, he decided to remain so that in future he might convert the pirates. Or possibly he was aware that the local people were much troubled by the marauding pirates and he decided to remain as a watchman, teacher and protector for them.

Outside the Chapel there is a large rock boulder known as the Bell Rock. The legend is that St Govan was given a silver bell which was stolen by pirates from its bell tower. St Govan prayed for its return, and angels retrieved it and placed it inside a rock where it would be safe, and St Govan used to tap the rock which gave a note a thousand times stronger than the note of the original bell.