Down a narrow country road leading into a beautiful valley near the border between the old counties of Merionethshire and Montgomeryshire, is a small village called Llanymawddwy. The steep slopes of the valley walls lead to Aran Fawddwy, which at 905m is the highest mountain in Mid Wales. Fawddwy means “place of spreading water”, an apt name for the large watershed of the Aran mountains. Llanyfawddwy is named after the small church now on the edge of the small village. 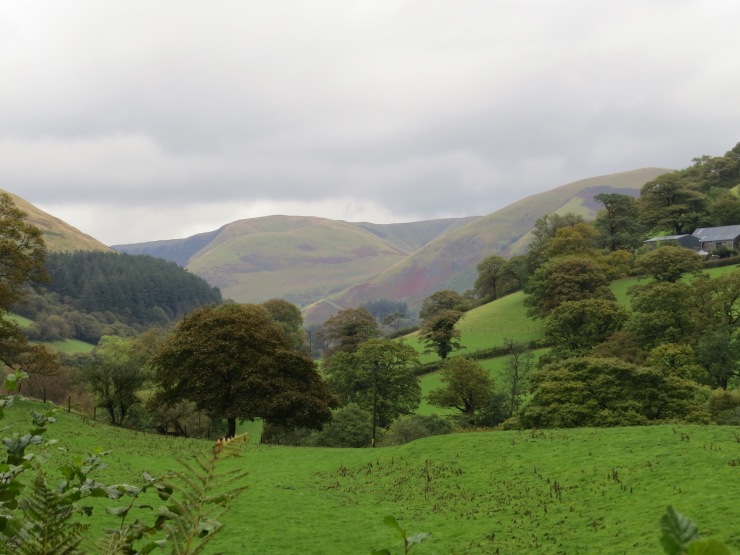 This village once housed a vibrant community boasting 7 pubs. It is now a sleepy cluster of houses, that has a slight air of having been forgotten. So why is it so quiet now compared to before? The village straddles an old drovers road that was used to take cattle up over the hills through Bwlch y Groes (https://paulchallinor.wordpress.com/2014/10/08/bwlch-y-groes-100-things-to-do-in-wales-number-12/) and on to the markets in the larger towns near the border with England. In 1833 there were 701 inhabitants of the village and surrounding farms (1). It seems that by 1901 the population had fallen. The census return detailed mainly farmers, but also a butcher, a seamstress, laundry mistress and others (2).

Tradition has it that the drovers paused at Llanymawddwy to pray in the church, but more probably to to visit one or more of the inns, before tackling the difficult and hazardous road over the pass to Bwlch y Groes. Having driven up and over the pass of Bwlch Y Groes, I think I’d have wanted a little more than spiritual sustenance to keep me going. There is also mention of ‘pilgrims’ passing along this road, which is perhaps more doubtful, unless it was a route ultimately to the shrines at Holywell and Shrewsbury. The church itself, however, was a place of pilgrimage in the medieval period. 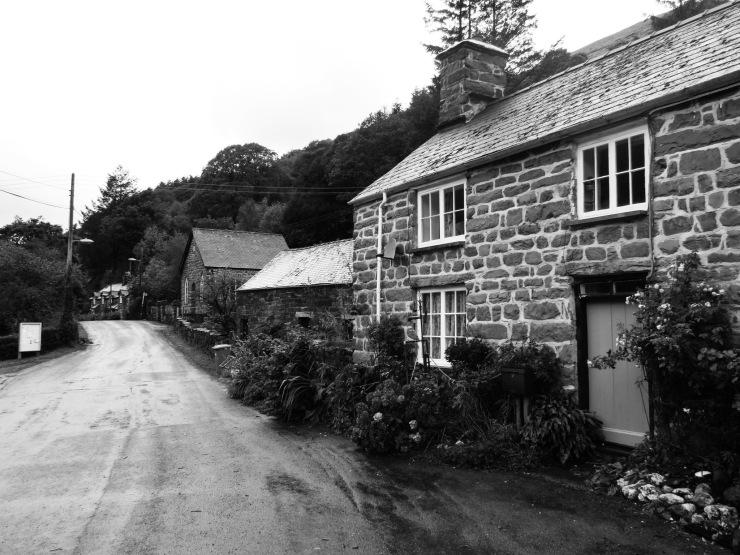 Tydecho was a 6th cent. Celtic saint, said to have been the son of Annwn Ddu ab Emyr Llydaw. St Tydecho was one of three leaders of bands of saints who came from Armorica. However he is equally likely To have come from a district in south-eastern Wales, famous as a nursery of saints (5). In any case it is clear that these saints arrived in west Wales by sea, for their churches are in the main in the valleys of rivers flowing westward into Cardigan Bay. St Tychno lived the life of a hermit with his sister Tegfedd, and was frequently annoyed by that arch-enemy of the saints, Maelgwn Gwynedd.

King Maelgwn sent his best white horses to St. Tydecho at Llan-y-Mawddwy, near Dinas Mawddwy for stabling. Instead of setting the animals out to pasture, however, St Tydecho let them run wild in the mountains, eating the heather. When Maelgwn called for his horses’ return, he was shocked to find that they had all turned yellow! He confiscated Tydecho’s oxen as punishment, but the saint charmed some woodland stags to pull his plough instead. Later Maelgwn was hunting in the area when he rested on a large rock. He became stuck to the spot, until St. Tydecho arrived to free him (3,4).

That Llanymawddwy is an ancient Christian site is certain. The churchyard retains a semblance of an original circular ‘llan’, and an inscribed stone, which has been dated to the 6th century, was found in the churchyard in 1746. In fact, Llanymawddwy in medieval times was a ‘mother’ church, with several dependancies, including the neighbouring churches of Mallwyd and Cemais, which are also dedicated to St Tydecho. The original medieval church no longer stands, it was restored in 1687 and again in 1737, and entirely rebuilt in 1854, when a chancel and south porch were added. A tower was planned, but never built (6). Now though it is abandoned and unloved. The plaster is peeling of the walls inside. Pictures drawn by children in Sunday School still adorn the walls, but are now a sad reminder of what once was.

The inside is plain, and only the font survives from the medieval church. There is a story that the font was used by soldiers to sharpen their swords on their way to battle. Looking at the sides of the fonts there are marks that could be due to it being used a a whetstone. But it is possible these marks could also be from general wear over the years. 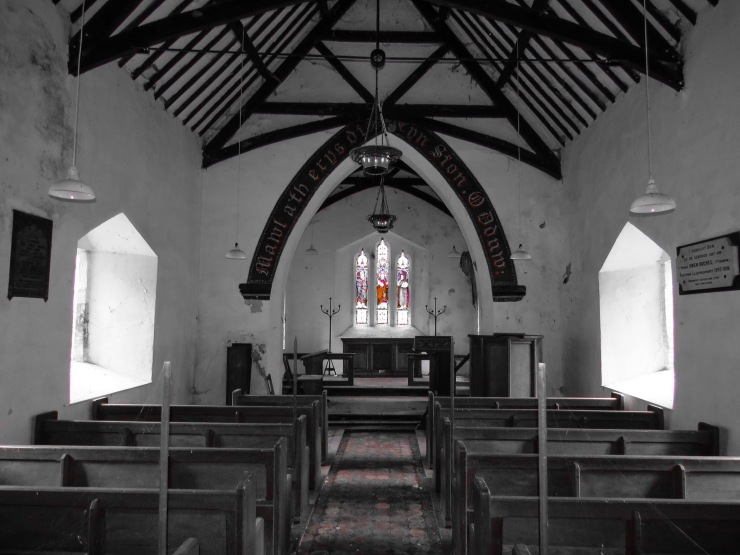 Outside the general air of deterioration extends to the graveyard, with one of the altar tomb graves right by the door to the church falling apart exposing the remains of a skull to the air. It’s sad when buildings that have served the local community for so long decay. But such is the way of the world as it revolves around constant change of rebirth. 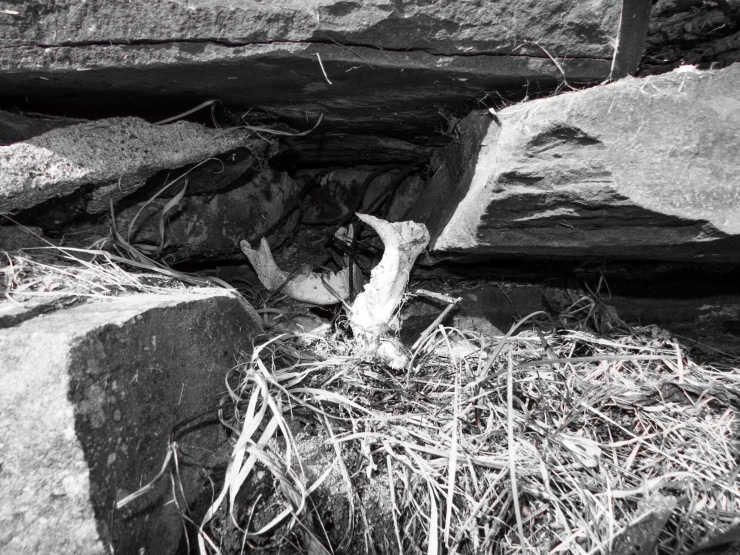 But don’t let that deter you from visiting this beautiful corner of Wales. The narrow steep valley walls are fantastic in their autumn bleakness. The recent rain has fed the water falls, sending torrents of water crashing down from the escarpment. It’s all worthwhile.

6 thoughts on “Llanymawddwy – A hidden gem.”