Bank Holiday weekends. What can you say about the weather on Bank Holiday weekends? Relaxing, maybe. Predictable, possibly. Wet miserable and cold – almost certainly! We were optimistic as we drove up to Welshpool yesterday, the sun was shining and the although there were clouds it felt like spring. We had a great wander around Pistyll Rhaeadr. But the rain started in the evening, then the wind got up and started blowing pretty fierce gusts at times. I was glad I had used all the pegs to “nail” down the caravan awning. Saturday morning was wet, cold, dark and pretty miserable. A damn shame as we hoped to go to Powys Castle, but with the rain we decided to postpone this and went to Montgomery instead. And I’m glad we did. Unfortunately the light was pretty awful for photography, and the photos look very flat – I did my best.

The Welsh name for Montgomery is Trefaldwyn, Baldwin’s Town. I think it soundS much better in Welsh, but I’m biased I admit. The town lies less than 2 miles from the border between Wales and England, and as such has played a part in the wars between the two countries as well as in the political machinations of the powerful and ruthless players. The town was established around a Norman stone castle on a crag, in the early 13th century to control an important ford over the nearby River Severn and replaced an earlier motte and bailey fortification at Hendomen, two miles away. An important supporter of King William I (the Conqueror), Roger de Montgomery, originally from Montgomery in the Pays d’Auge in Normandy, was given this part of the Welsh Marches by William and his name was given to the town surrounding the castle.


The Treaty of Montgomery was signed 29 September 1267 in Montgomeryshire, in which King Henry III of England acknowledged Llywelyn ap Gruffudd as Prince of Wales. Montgomery was sacked at the beginning of the 15th century by the Welsh Prince Owain Glyndŵr. At this time, the castle and surrounding estates were held by the Mortimer family (the hereditary Earls of March) but they came into royal hands when the last Earl of March died in 1425. In 1485, King Richard III was defeated at the Battle of Bosworth and the Royal Estates, including Montgomery and its castle, passed into the hands of the new King, Henry VII, the first Tudor king, and a Welshman. The castle was then given to another powerful Welsh family, the Herberts.

During the Civil War, the castle was captured by Parliamentary forces and subsequently slighted (damaged) to remove its military threat. This is perhaps a slight understatement. In order to ensure that the castle couldn’t be used again I would say it was destroyed. And many of the stones were almost certainly used by locals as a quarry for stones to build their own houses.

As a county town, Montgomery prospered, and the consequent buildings give the small town its current character. This part of Wales has a large number of half timbered houses, but for some reason there aren’t many in Montgomery. Well the mystery was solved as we got talking to one of the locals. He explained that as the town prospered and grew richer trading wool and cattle, they rebuilt the front of their houses. But behind the elegant Georgian facades, the original timber farme work was left in place. 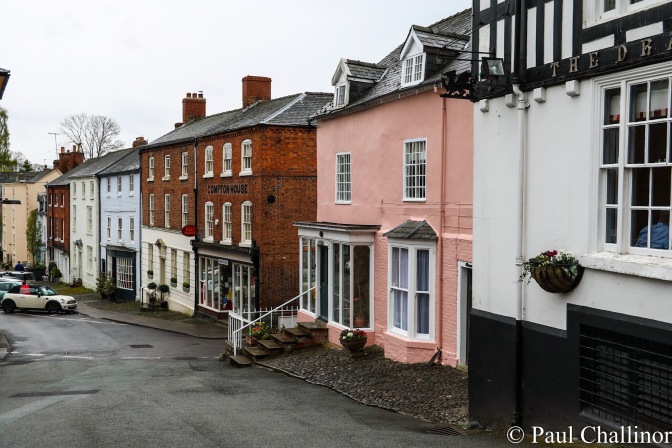 Tucked around the corner of the Main Street is a fantastic old fashioned iron mongers. I love these shops, you never know what you might find in them. It even had a petrol pump outside.

The stock range was vast. It was like walking into Aladdins Cave. I love these shops where you can buy anything from a single screw to electric kettles. I couldn’t resist a small tape measure that would fit in my camera bag. Aunty tolerates this collection of seemingly useless items that I hide away, but only if it doesn’t impact on any of her drawers at home. I know my place in life! 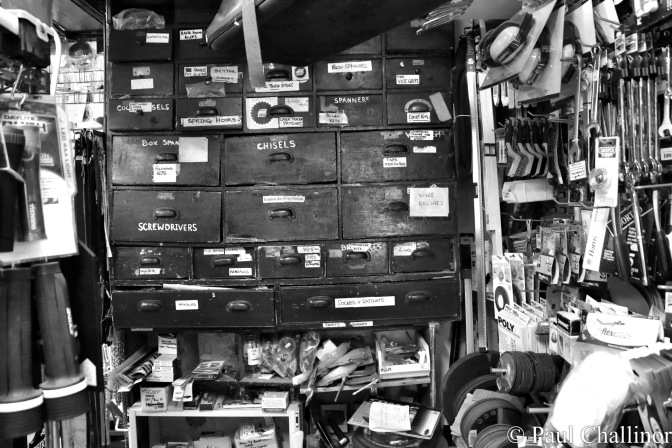 Another treat in this fascinating little town was one of the coffee shops. This used to be a grocers, but is now a great little cafe come restaurant. I have to say they prepared one of the best coffees I’ve had in a long time. 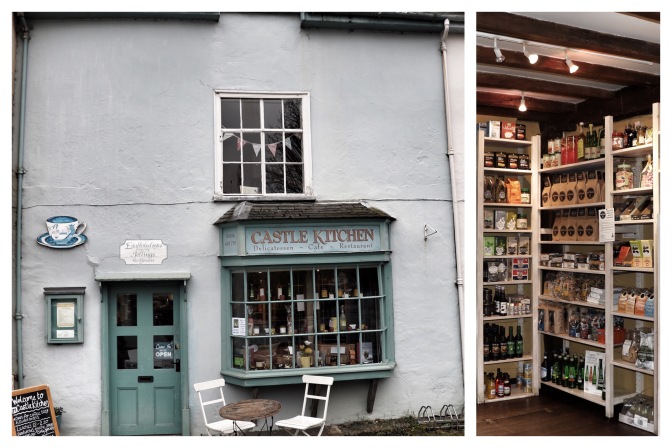 The small museum is fantastic, I visited this with Old Man Swain after one of our walks and before we attacked the pub. Housed in the old Temperance House, and run by an elderly couple who allowed us in even though they were just about to close. 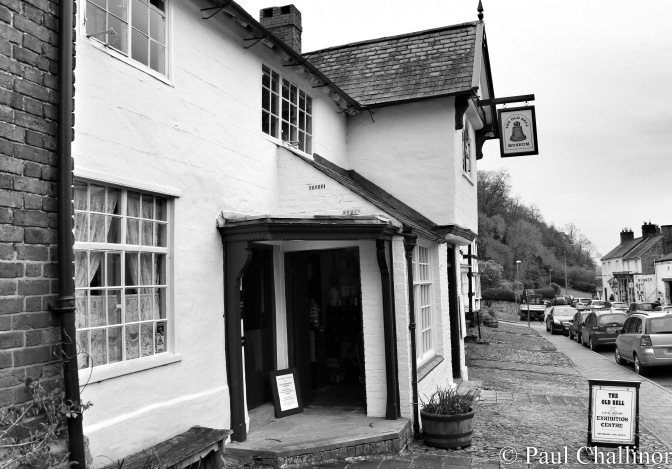 Some of the house seem to create an optical illusion without a straight line in sight, and seem to defy gravity. 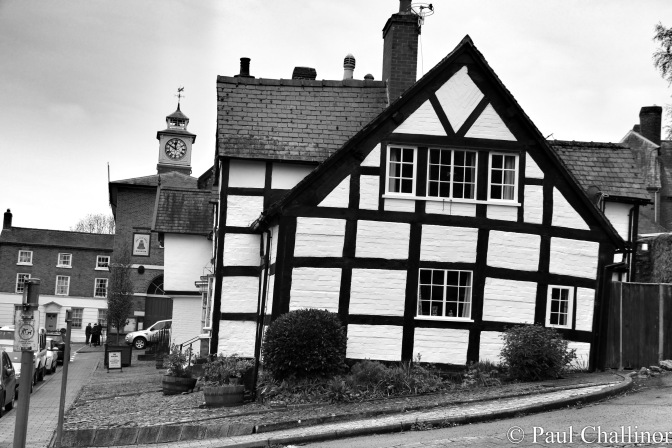