The weekend beckoned, the caravan was hitched behind the car and Aunty and I headed West. Sounds good, but the weather was not so good. Quite depressing in fact as we left the cloud behind and drove into the rain. The weather forcast apps on the iPhone kept on being optimistic indicating that the sun would shine later. And do you know what? They were right. Beyond Swansea the rain stopped, the clouds lifted and by the time we had unhitched the caravan at Carew the skies were clear. So after a quick cuppa, Aunty decreed we would go to Manorbier and have a look around.

The origins of the name Manorbier as a place name is uncertain. One interpretation has it as the Maenor Pyrr, a holding of land by the 6th Century Abbot of Caldey Island, Pyrrus or Pir. The Abbot is a classic example of how drinking can be bad for you when he drowned in the Abbey fishpond after drinking too much wine.

The Norman knight Odo de Barri was granted the lands of Manorbier, Penally and Begelly in gratitude for his military help in conquering Pembrokeshire after 1103. I’m sure the Welsh weren’t so happy about this though. The first Manorbier Castle was motte and bailey style, with the stone walls being added in the next century by later Normans. Giraldus Cambrensis, son of William de Barri, was born in the village in 1146, and called it “the pleasantest place in Wales”.

The Castile seems to have escaped the almost constant battles between the Welsh and Normans that so many other castles in the Wales seem to have suffered. This may have been due to the links between the de Barri family and the Welsh after the William de Barri married Angharad, granddaughter to Rhys ap Tewdwr the last Prince of South Wales. Their son was Geraldus Cambriensis.

The sun might have been shining but it was still a little breezy! 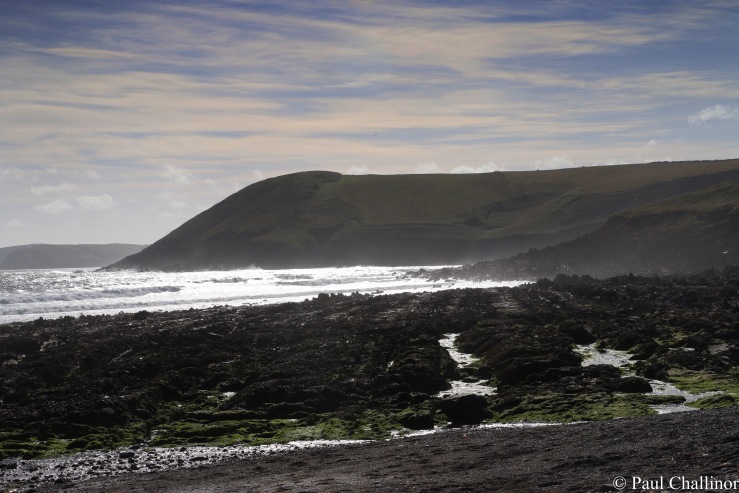 Across the narrow valley from the castle is St James’ Church. Like many churches in Wales it has a circular church yard. But perhaps the most impressive feature is the high tower dating from around 1270. The rest of the church was renovated by the Victorians – as usual! 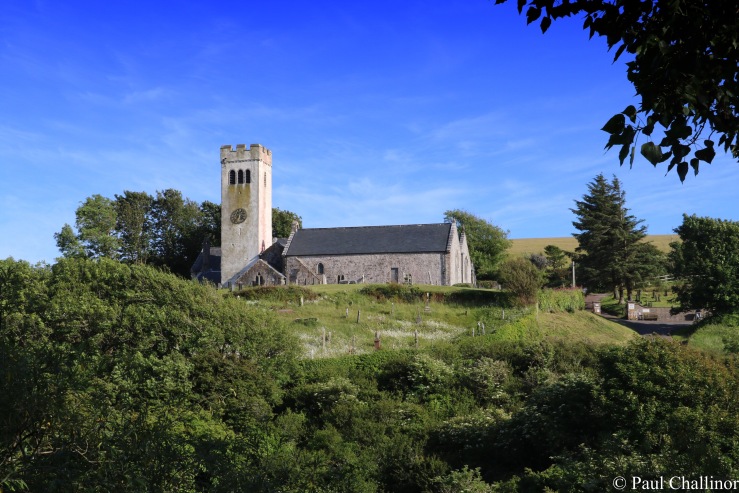 Not a bad end to a quick visit, especially as Aunty paid for supper! But that wasn’t the end, it was still light so we headed off to Bosherston Ponds.