On our way back home from a weekend away in Pembrokeshire we decided to take a slight detour and drive to the Welsh Kite Centre at Llanddeusant in the Brecon Beacons. Opened in 2002 it is partnership between local concern with support from the Brecon Beacons National Park, the Welsh Red Kite Trust and various other notable wildlife organisations and individuals. After driving along the narrow road that are so common in Wales we arrived at a small car park tucked behind a row of small cottages, and Wales down the road to a small gate where we handed over our £4 each. Hidden behind the hedge was a long hide which already had a few people keening waiting for the spectacle to start. Being early, as we usually are we were able to get our preferred perches.

30 minutes before the three o’clock feeding time a few kites were already circling overhead. But then with 5 minutes to go the sky was full with about 30 or more kites waiting.


Then as soon as the man came out with the bucket of food the excitement began. 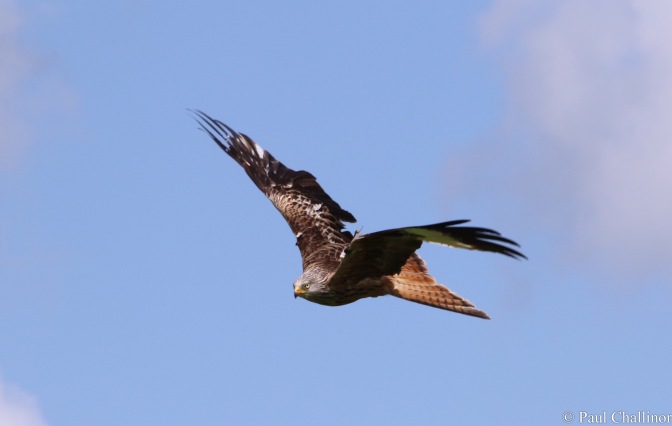 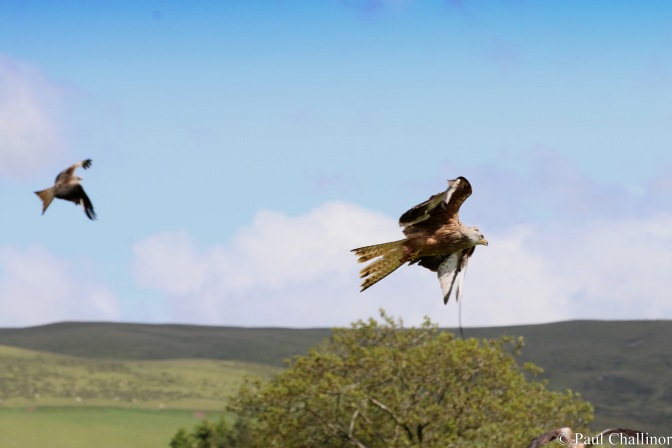 Everyone was entranced by the show. The beauty of the birds themselves along with the seemingly effortless acrobatic skill in the air kept us all watching. It would have been easy to try and catch everything through the camera lens, but I would have missed so much more that was happening all around as the kites glided around the field waiting for something that caught their eye before swooping down to grag the food off the floor. Must go back again.