Ogof Twm Sion CatiWhat to do on a Saturday afternoon? How about visiting a hide out of a Welsh rogue in the beautiful Welsh countryside. After driving up narrow glacial and river valleys on the usual single track roads we came to an RSPB nature reserve near Ystrad-ffin and Rhandir-mwyn. This is now my new favourite place. A small hill standing proud at the confluence of the Afon Tywi and Afon Pysgotwr. The hill side is covered in oak and birch, with all the diversity of a rain forest. 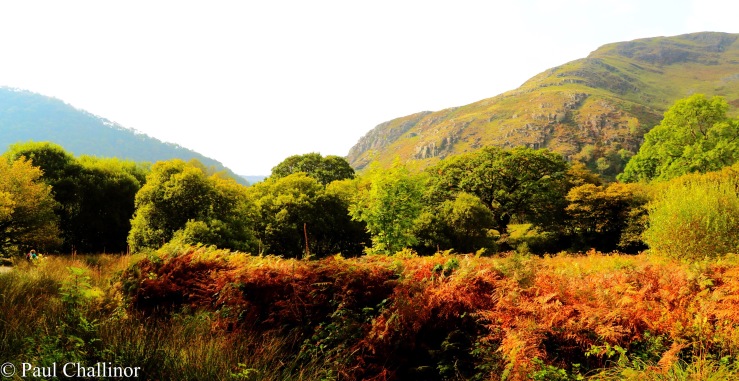 It is a very steep ascent or scramble to the cave which is surrounded by trees and boulders and it is necessary to crawl in once at the entrance. Part of the cave roof has collapsed but the cave itself has obviously been visited over many as the walls are covered in graffiti. Even so, it’s not that comfortable – I think I’ll stick to the caravan for tonight.

When I was in primary school we were told stories of Twm Sion Cati which made him out to be a bit of a rascal. But perhaps he was a little more than that. There are many myths about the man and it’s a challenge to really identify who he really was. Whilst the story insists that Jones was the illegitimate son of a local squire – Sir John Wynn of Gwydir, his father was actually John, son of David ap Madog ap Howel Motheu. His mother was Catherine, daughter of Meredydd ap Ieuen, which is where the ‘Cati’ part of his name came from.

In his early years, Jones developed a reputation as Twm Sion Cati, the highwayman, supposedly only robbing the rich, although there is little evidence of him regularly giving to the poor. In 1833, Samuel Lewis wrote, in his book ‘A Topographical Dictionary of Wales’ 1833 that, “he enjoyed, according to tradition, a less enviable distinction, from his practice of plundering his neighbours, being represented, as an expert and dexterous robber”.

One of the stories that I remember tells of Twm’s visit to an ironmonger’s in Llandovery to buy a porridge pot. The ironmonger brought out several pans and Twm on questioning the quality and costs of the pans was told that no better would be found in the kitchen of a king. Twm then held one of the pots up to the light and declared that he could see a hole in it. The ironmonger then held up the pot to examine it and Twm forced over his head and quipped that if there was not a hole in it how could such a large and stupid head have been caught inside! 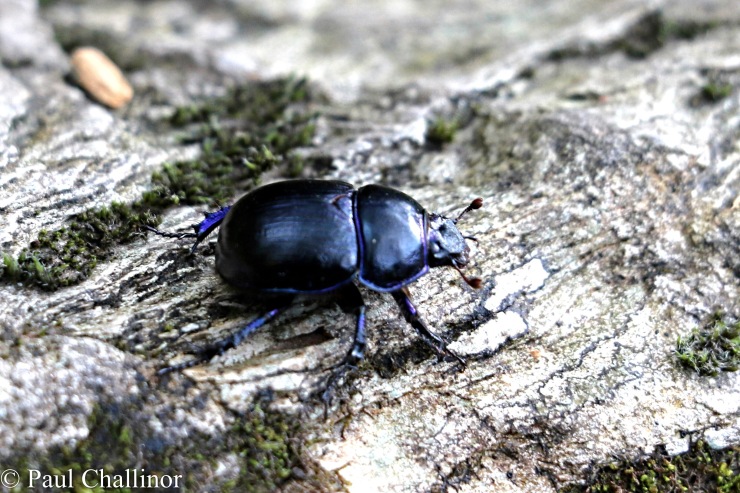 In 1557 Twm fled to Geneva to escape from the consequences of his adventures,, returning two years later to receive a Royal Pardon on 15th January, 1559, which excused all of his previous misdeeds and criminal activities. There is some that say in fact he received 5 pardons in all, each one relating to his many guises. Despite the romantic stories and myth, I think we should admit that this was a man who resorted to banditry, thieving and generally bring a right old pain to his neighbours.

The later years of Jones’s life were devoted to the study of Welsh history and literature. He appears to have been employed by the chief Welsh Gentry in Cardiganshire to draw up their pedigrees or family trees. Heraldry, was a little known science and seen as somewhat occult, often resulting in Jones being described as a powerful magician. The ability to research and produce pedigrees would have put him in an influential position, as a pedigree was a document of great importance for those families who wanted to prove their heritage and status.