I’ve left Aunty at home and flown to Malaysia for a few days work. It’s hot and humid here in Kuala Lumpur and being British I’m not used to this. Too hot to do anything, and it’s made me a little lazy, but that could also be the jet lag speaking as well. So after checking my presentations for the week I escaped for a while. Not that there’s much option besides the huge air conditioned shopping centre next door. But I have found a small, slightly dilapidated park opposite the hotel that has seen better days and now looks unloved. But I managed a quick nature fix just the same. 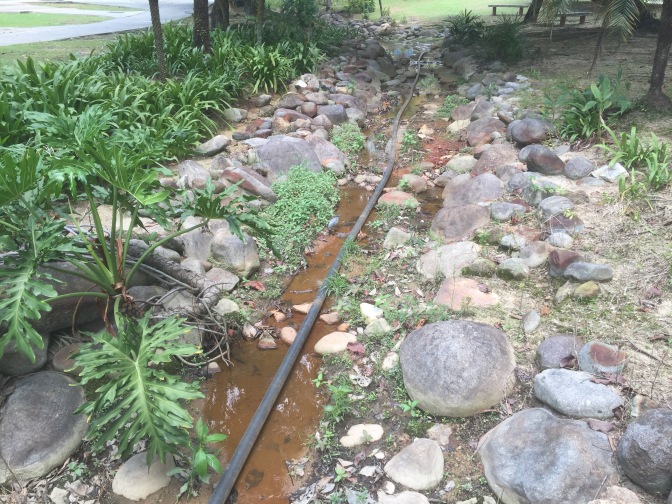 The heron is tiny, not much larger than a pigeon – see if you can find it. I’ve no idea what the names of the dragon flies are, but it was a challenge to get them with the iPhone. Good job the park was abandoned or I might have been arrested for skulking in the bushes! Mad dogs and Welshmen!

There used to be a miniature railway here but this now looks like the remains of a disaster movie, and the children’s playground has been under repair for many years by all appearances. It’s a shame really, as this is the only greenery  around here.