Another bank holiday. With Easter being so late this year, the May Bank Holiday has followed fast on it’s heels. I’m not complaining though. This weekend we ventured out of Wales across the border to Somerset, right on the border of the Exmoor National Park. The caravan set up we went exploring along the narrow roads of the park. The weather though is cold, cloudy and dark. 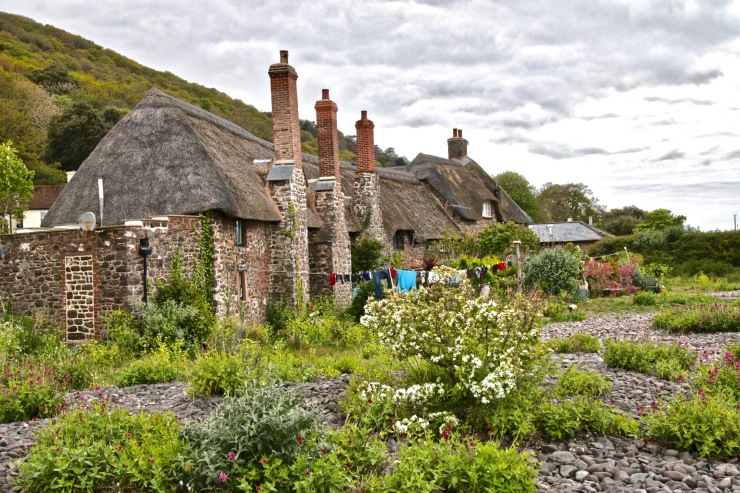 After tea and scones at Porlock near the North Devon coast we eventually found ourselves at the end of the road at Porlock Weir. This is a small port hugging the coast underneath the Exmoor Hills on the north Devon coast. There are not many places along this coast that is safe for shipping, and so Porlock Weir has played an important part in the life of eastern Exmoor. The sea route was by far the easiest way to and from the area and the harbour was once used by coasters carrying timber to South Wales in exchange for coal and limestone for making lime in local kilns. Though looking at it now, it’s difficult to appreciate how anything larger than the leisure craft now in the harbour could be piloted in and out of the port.

Porlock weir is no different from any other port along this stretch of the coast in that it is only accessible at high tide. And this is clear here. The tide was out when we visited and access to the port is impossible. The poles act as navigation aids into the port, and the extent of the tidal range here. See if you can spot Aunty!

The lock gates are left open most of the time, but are now used to flush pebbles from the labour entrance. 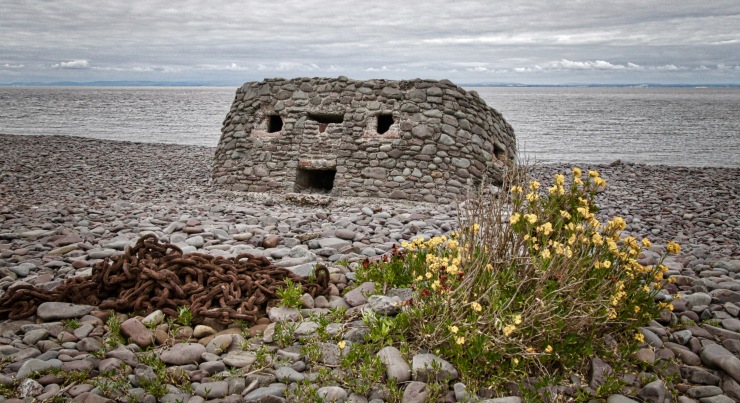 There is only one road in and out of the small village, and its easy to imagine how easy it is to become a forgotten place. But even here events in the wider world can be felt. There are pill boxes along the beach protecting the harbour from the potential risk invasion during the Second World War. But his is all forgotten now, and the small cottages backing directly onto the beach give it a unique feel. We both want to come back again when the weather is better.