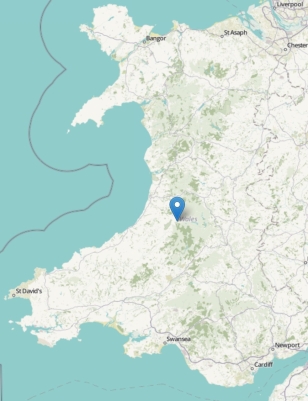 You have to love Wales! There are so many unexpected things to do and see in such a small country. Aunty and I went racing at the weekend. Not your normal racing mind. This was racing with a difference, but chariot racing. Well Trotting to be accurate. Not quite Celts hollering and screaming, but still exciting. Was it at a big race course, with a large spectator stand? No it was in a field in the middle of the most sparsely populated counties in Wales, with the nearest village about 5 miles away, and the nearest town 10 miles away (neither of which   could boast more than 1000 souls living there). This made it even more exciting. 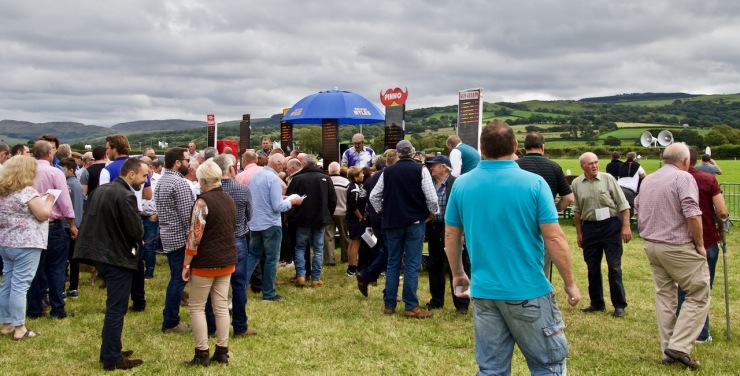 All the expected aspects of racing were there, horses, riders, bookies, a drinks tent, food outlets – well a burger van, and an ice cream van. And the field was full, with plenty of people milling around, eating, drinking and betting, loosing money and generally having fun. The weather helped of course – the sun was shining and the hills gave it all a fantastic feel.

Now Aunty and I know nothing about horses, other than they are big and smelly (well that’s my take on them anyway. We know even less about racing, and less than nothing about trotting. It seems its a highly technical sport, with the horses having to run in a specific manner. But I’m afraid you’ll have to look for explanations elsewhere if you’re interested, as it’s all too complicated for a man who can barely run in a straight line, let alone ride a horse. 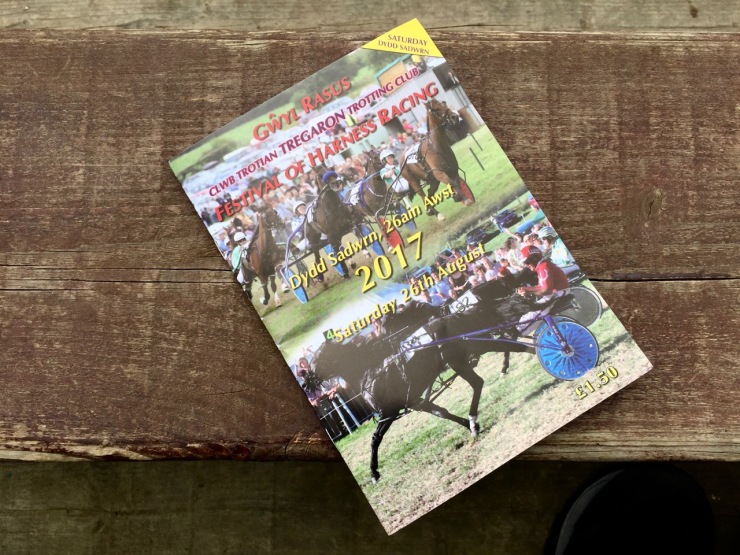 So the first point of business was to buy the race card. This turns out not to be a card, but a book. 20 minutes later we had deciphered the abbreviations, names of the horses and drivers, and were ready to make a guess on which one would win. Serious study was required and we both made our choices for the first three races. Karen came out as the winner, with 2 third paces and a winner. 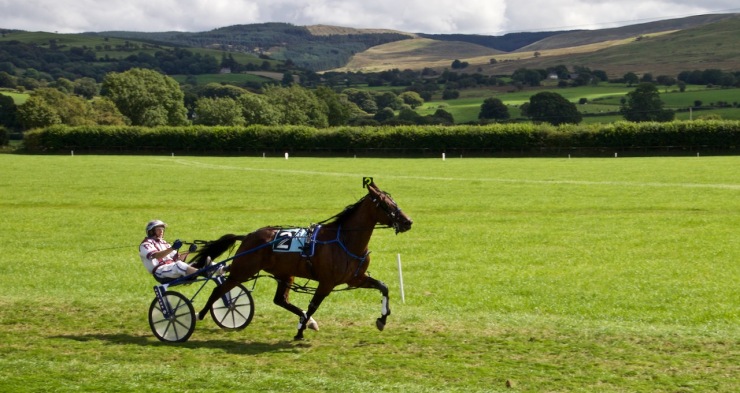 None of my horse were placed. So a change in strategy was required. The studying of past form was abandoned, and I went for names that I liked and the colours of the riders. this worked in the next few races I picked a winner and had two second places. Now don’t think we were rolling in the money after this – both winers were the favourites and so at odds of 2 to 1 and 5 to 2, millionaires we were not. In total we managed to pick three winners, but one of them was disqualified for galloping and not trotting. We may not be able to retire and buy the yacht yet, but it was fun.